News & Resources Cashless stadiums― should the call be reversed?

Cashless stadiums― should the call be reversed? 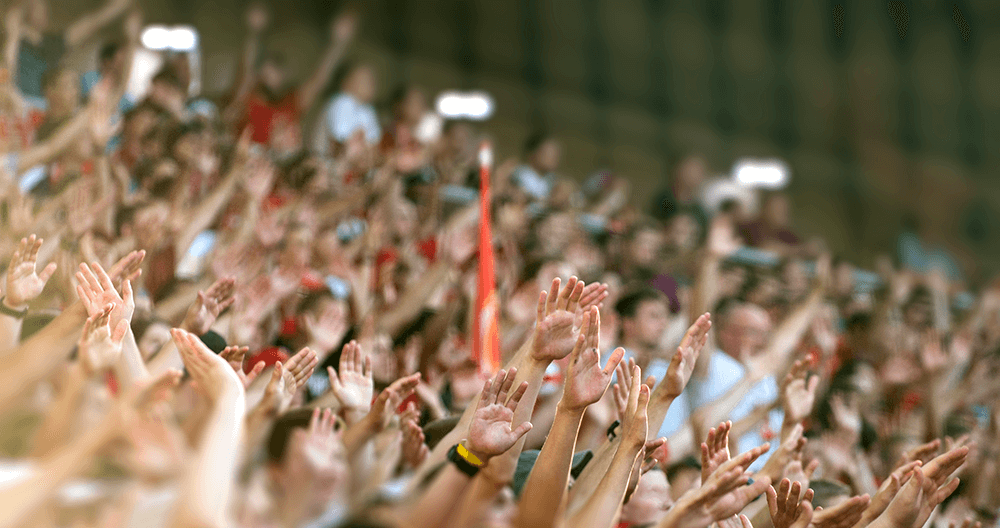 Baseball season in the US is in full swing, the Euros have kicked off, and sports fans across the world are slowly returning to stadiums, arenas, venues and the feeling of supporting your team, which can be a real burden for some. While stadiums and venues around the world have gradually converted to exclusively accepting card and digital payments, the cashless movement took a big jump when nearly all Major League Baseball (MLB) stadiums went cashless for the 2021 season.

As a cash business, we see where cash works and has a future and where it does not, both in terms of industry and geographic location.

As stadiums go cashless, should they reconsider the cost? Is the cost of preparing and putting in measures for the “what ifs” of a cashless stadium, while trying to be inclusive without accepting cash, more than the cost of accepting cash? In our research, we found that industries and businesses can invest in smart cash management tools rather than seek to eliminate cash and still see cost savings. Here are some things to consider before going from heads or tails to chips or stripes. 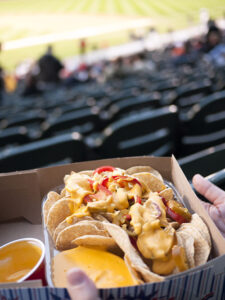 Buy me some peanuts and cracker jacks*

*Credit or debit only

From ticketing to vendors throughout the park, the purchases made in these spaces are unessential or for pleasure. To be fair, ballpark nachos and Dippin’ Dots can feel essential in the right environment. Nevertheless, these are small purchases visitors are more likely to purchase with cash if they have it on them.

The United States Federal Reserve’s Cash Product Office (CPO) annual Diary of Consumer Payment Choice survey in 2018 found that cash was used for 49% of payments less than $10. While the number is possibly closer to 40% now, cash is still the largest payment method for small purchases.

While there is an increase in children having debit and credit cards worldwide and it gives parents an opportunity to introduce financial literacy at a younger age, the reality is that this is not accessible to everyone, even in developed nations such as the US and UK.

Junior Achievement USA did a survey of American teenagers for their National Finance Awareness Day in 2019. From the survey, they found that 34% of American teenagers do not have a bank account. Of the teens that do have a bank account, 62% have and use a debit card. However, 80% of the teens surveyed, both with and without a bank account, said they received an allowance in cash. One in five of the teens surveyed had never stepped foot into a bank. It is important to note that this surveyed group has likely seen an increase in the use of mobile payments and payment apps over the last two years.

Cash is getting red cards. Should they reverse the call? 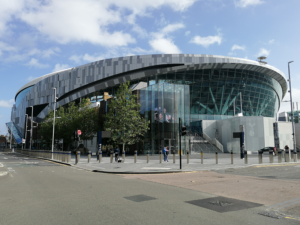 For many, a chance to view a Premier League game in person is something rare and special. Arguably, it is the top thing to do for a foreigner visiting the UK. No matter how widely card use is accepted, and even though major credit card carriers have eliminated international fees, many travelers still exchange to the local currency. There is comfort for travelers to carry even just a small amount of the currency for the country they are in, even if they do not carry cash at home. And since they cannot take it with them, they need somewhere to spend it.

According to Visa’s 2018 Global Traveler Intentions Study,  87% of travelers return home with leftover cash in a foreign currency.  Of all places to make a non-essential purchase, a concession stand comes to mind. Or buying something small in the team store just to spend the few pounds left.

Tottenham Hotspur Stadium in London, home of Tottenham Hotspur FC in the Premier League, made headlines for many reasons when it opened in 2019, but we noticed because it was the first cashless stadium in the UK. Unlike other stadiums, the Tottenham stadium does not have any kind of cash-to-card conversion system.

Pre-pandemic, 21% of fans paid £20 pounds or less for a Premier League ticket, and Liverpool had tickets for £9. While this will change, there will most likely be matches somewhere in the UK that nearly anyone can afford to attend. Many people across the UK save up to attend a game, and some tickets are reasonably priced. There are nearly 1 million UK residents that do not have a bank account and do not classify as homeless.

Even at a big-ticket event, people are still using cash. At the 2018 World Cup in Russia, cash and cashless payments each made up 50% of purchases, which suggests that visitors were exchanging currency or withdrawing in rubles. The visitors spending the most were from the United States and Mexico. In addition, only 1/3 of payments are typically made in cash in Russia, but the cash use was much higher in an environment like this.

Does going cashless really save money? 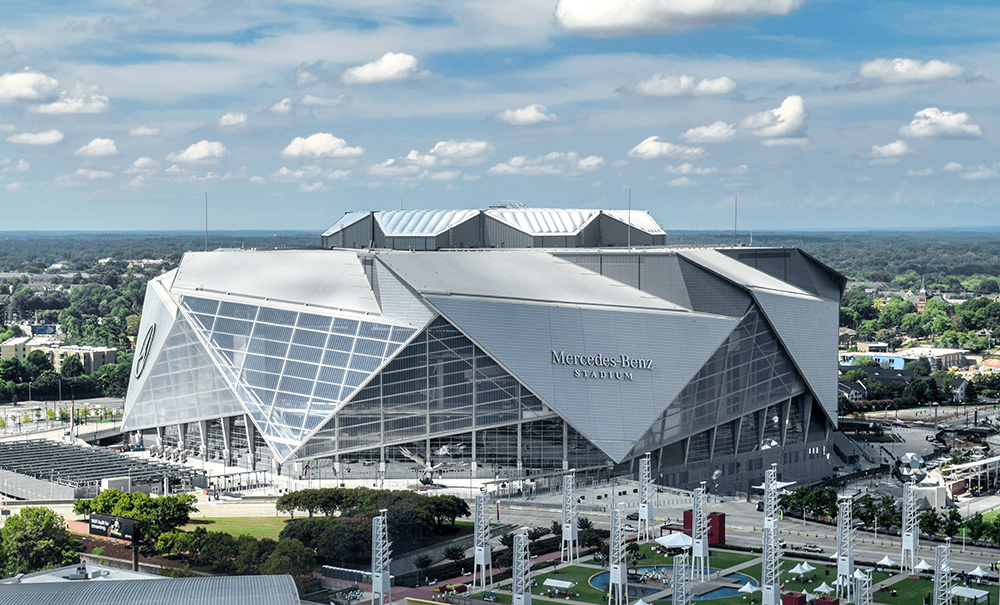 Mercedes-Benz Stadium (MBS) in Atlanta, Georgia is the crown jewel of sports venues in the United States. It is home to both the Atlanta Falcons and Atlanta United FC, American football and soccer/football/futbol, respectively. The stadium is unlike most in the US because it is built for both footballs, and the seats retract on the lower corners to make the pitch more suitable for soccer.

In lieu of accepting cash, MBS has 10 cash-to-card kiosks where patrons can load cash onto a prepaid debit card with no transaction fee. We estimate that one kiosk costs at least $15,000, give or take, with known costs of shipping, service plans and maintenance.

MBS said it saved $350,000, but they spent at least $150,000 on cash-to-card kiosks, which were used by only 1.2% of attendees during the first cashless season. They report 2.5 million attendees for that season, which says 30,000 attendees preferred cash use or only had cash.

On their website, MBS lists 86 food and beverage locations, excluding the 300-level which is currently closed and not typically used for Atlanta United matches. Of those, it appears at least 21 are permanent concession fixtures, and not bars or carts. For under $63,000 you could outfit each built-in food service window with a Tellermate LiveDrawer, and maintenance and upgrades costs 1/16th of that of a kiosk. 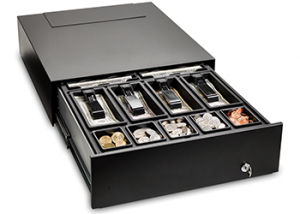 It’s estimated that cash processing costs 9.1% of cash received. The minimum amount to load onto the cards is $10 and the amount increases in increments of $5. We know the 30,000 patrons that used the kiosks spent $10 at the least, but possibly more. For this calculation, we will say they spent $12.

With the kiosk, did they make their money back? Eventually. With LiveDrawer, however, the ROI would have been reached 1/3 of the way through the year.

Too cool for cash?

If there is no real cost savings to going cashless at many places, is there something in terms of perception to gain from being all digital? Take RCDE Stadium, home of RCD Espanyol in Spain, for example. In their new stadium, patrons can only pay using the RCD app developed in partnership with CaixaBank.

The RCD Espanyol app, which is in it’s first season of use with limited fans, has over 5,000 downloads on Google Play and has an average rating of 4.4, by votes from 142 individuals.

Espanyol was recently promoted to the first division of La Liga, so perhaps a return to full capacity and a more attractive opponent lineup next season will give a more realistic look at the performance of the cashless initiative.

What are the reasons for going cashless?

Square, the popular digital payment processing company, said they saw cashless businesses more than double in the US, Australia, Canada and the UK over the past year. The reasons range from fear of virus spread through bank notes, saving time from not having to give change, eliminating cash processing fees, preventing loss and many more. After year of living amidst the pandemic, it’s been proven that cash is not a significant source of virus spread. And processing fees will still exist, whether it be for cash or credit cards. As cash decreases in popularity, credit card processing fees will rise without competition for payment methods. We’ve also proven that cash loss through errors and internal theft can be nearly eliminated through our count-by-weight technology and cash management solutions.

Does going cashless eliminate access to a certain population? The kinds of events in these more modern stadiums do have a price, but sometimes they can be as low as £9, as previously mentioned. There could be an argument that the unbanked are unlikely to attend. But the unbanked are not the only ones that use cash exclusively. The under 18 and over 65 populations also use cash more often than cards.

While we have mostly talked about sports here, there are real risks and consequences for vulnerable populations and people groups as the cashless movement gains momentum. We know going cashless is possible and painless for certain stores and their patrons, but for industries and stores with attendees, shoppers and visitors in a wide variety of economic situations, we recommend accepting cash and seeking to automate and better manage cash rather than eliminate it. If you are considering going cashless, we would like to invite you to learn more about our Tellermate cash management products that can provide a ROI in just weeks and allow you to increase efficiency and provide your customers with a choice in payment.

Read More
4 Ways Retailers Can Reduce The Cost of Cash

4 Ways Retailers Can Reduce The Cost of Cash