News & Ressources New 20 Euro Note: What It Means For Your Cash Management Process 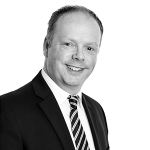 Tellermate customers will be able to make a small adjustment to their Money Counting Machines in order to process the new note. Customers should look out for instructions and advice on this, which you will receive soon.